If you're fed up with being stuck in traffic heading to the airport, scrambling to find your long-term parking lot and racing through the terminal, there's a better way to spend the hours leading up to your flight. Whether you're a frequent air traveler or someone who flies only occasionally, researching the hotels in your city that offer airport shuttles, and then booking a room for the night, can drastically reduce your pre-flight stress. Here are three benefits to making this change.

Many Shuttles Are Free To Guests

Many hotels situated near the airport provide complimentary shuttle service for their guests, which means that as you approach the airport terminal, you won't have to fuss with paying a fare -- although it's ideal to carry a couple dollars with which to tip the shuttle driver. Unlike taking a taxi to the airport, you won't have to worry about watching the taxi meter continue to rise steadily while you're stuck in traffic. Additionally, you'll save the cost of long-term parking at the airport; if you're away from home long enough, the money you save in this regard can easily offset the price of the hotel that offers the shuttle.

A Stress-Free Way To Travel

There's little doubt that it can often be stressful driving to the airport. While your mind is occupied with your flight or even the nature of your travel, you must also pay attention to traffic, ensure that you're parked in the right area and watch the clock to make sure you're on schedule. Climbing aboard a shuttle to the airport and watching the sights out your window as the driver deals with traffic can help your stress melt away.

When you're driving to a large airport, especially if you haven't previously visited, it can be confusing to know the location of your terminal and to figure out which long-term lot is closest to the terminal in question. Airport shuttle drivers know the airport's layout in detail and all you need to do is tell the driver the number of the terminal at which you need to be dropped off. He or she will know the fastest way to reach this destination and you'll be walking toward your flight's check-in counter before you know it.

Shopping For A New Car

Shopping For A New Car 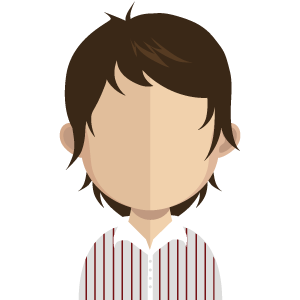 When was the last time you were faced with the prospect of buying a new car? If it has been a while since you visited that car dealership, it might be intimidating to talk with salespeople or deal with researching different makes and models. However, if you spend a little time researching different cars, finding the perfect car for you might be easier than you think. This blog contains hundreds of articles about car shopping, so that you can make short work of your mission to find the right ride. Here, you will find advice that might help you significantly when you are faced with a difficult choice.